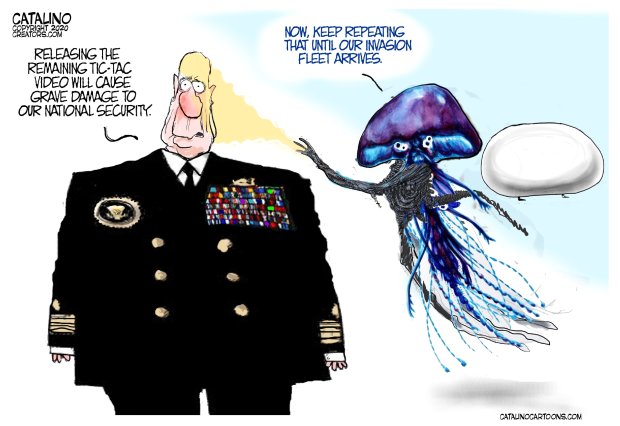 In response to a Freedom of Information Act request filed by a former investigator for the Center for UFO Studies, the U.S. Navy said it has at least one more documents and video related to a 2004 incident first leaked to the media in 2017.
But don’t count on seeing any of the “certain briefing slides” and the one video classified as “TOP SECRET” any time soon. In its official response, the Navy said that releasing these materials “would cause exceptionally grave damage to the National Security of the United States.” 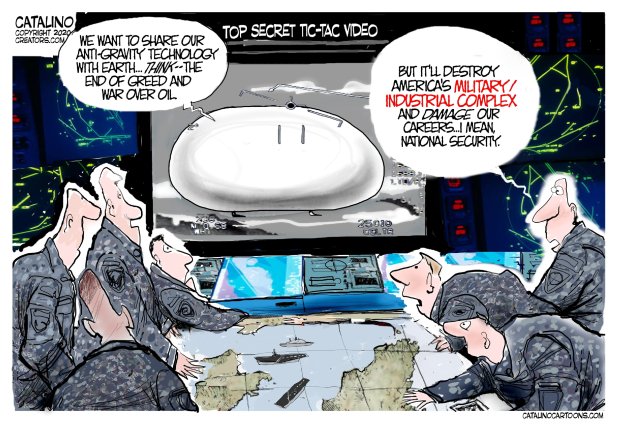 Christian Lambright, the researcher who filed the FOIA request, originally sought more information about a 2004 sighting of an object off the California coast. Cmdr. David Fravor, a U.S Navy pilot, tracked the “Tic Tac” shaped-object in leaked footage on a training mission 100 miles out into the Pacific.