On May-27-2012 a Green Glowing Orb was observed and filmed over San Antonio,Tx..
Sighting happened around 10:15pm as i was Skywatching..Looking Northeast i notice this Green Orb traveling east low in altitude..I could clearly see this object was no aircraft.No FAA navigational light's were visible.So i crabbed my camcorder for a closer observation,And began filming this Green glowing Orb..This object was clearly traveling east.When zooming in a Green Glowing Orb can be observed.As i pan back you can clearly see this object Low in altitude travel behind some tree tops...This was a short sighting only lasted about 30 sec.I was lucky to have witness this Glowing Green Orb and to have my camcorder close by.Cause you never know when your going to witness something.Clearly this Orb was under some sort of control. seemed to travel in a eastern direction going behind the tree top's making it hard to keep in frame.I did not hear any noise coming from this Orb..This was an awesome sighting due to how this object was emitting a Geen Glow..Clearly no aircraft or satellite..In my opinion an UNIDENTIFED FLYING OBJECT. 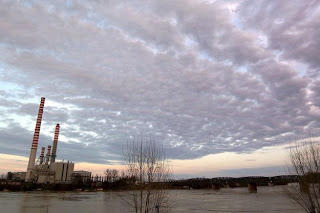 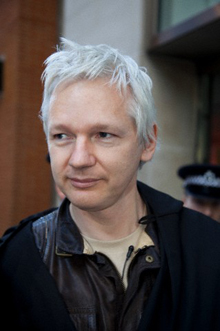 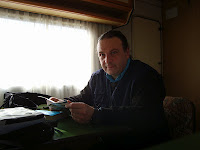 Luci a Milano, Ufo in parata a prova di scettico 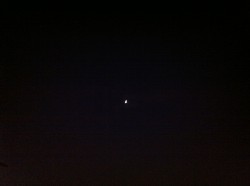 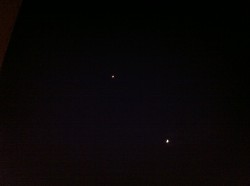 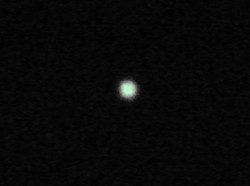 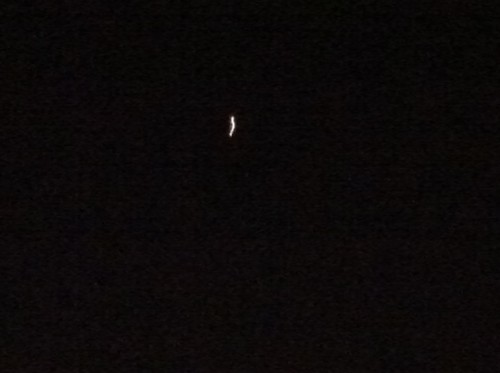 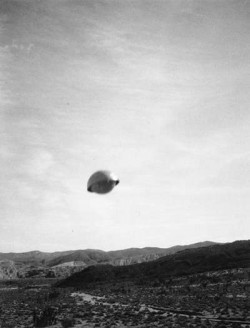 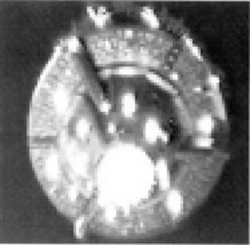 It has been known for some time that during the late 1960's and early 1970's the U.S. Air Force Academy at Colorado Springs had some material on UFOs in its curriculum. The chapter of the textbook "Introductory Space Science" for the class Physics 370 has been posted on CUFONSM for quite a while. This file contains expanded coverage, including a newspaper article from the "Lemoore Advance, A letter of reply from the A.F. Academy transmitting copies of the two versions of Chapter 33, Chapter 33 as it was in use from 1968 - 1970, and the revised Chapter 33 placed in use for the Fall Quarter, 1970. (Posted 14 MAY 1992) -- Jim Klotz, CUFONSM SYSOP from the Lemoore, CA Advance, October 8, 1970

Students at the U.S. Air Force Academy at Colorado Springs are being taught to stop scoffing at the mention of UFO's or "flying saucers" and to keep an open mind on the subject. This was made clear last Thursday in an interview given by Major Stewart Kilpatrick, deputy Director of Public Information of the Air Force Academy, Colorado Springs, to the Lemoore Advance in a lengthy and exclusive phone interview. The "National Enquirer," a country-wide journal, which claims the "largest circulation of any weekly paper in America," headlined this following statement, "Air Force Academy Textbook Warns Cadets That UFO's May Be Spacecraft Operated by Aliens From Other Worlds," in its Oct. 11 issue. "Because so many of our readers are interested personally in aircraft, The Advance sought to verify what appeared to be exaggerated claims and somewhat on the unbelievable side. This despite the reported sightings of some strange craft over Lemoore by several witnesses a few weeks ago. Major Kilpatrick, as second ranking officer in public affairs at the Air Academy, is in a position to speak authoritatively for the Air Force. He admitted at once that Plebes are taught from a text entitled "Introductory Space Science, Volume II" and an entire Chapter 33 deals entirely with UFO considerations. He quoted from page 455, that "50,000 virtually reliable people have reported sighting unidentified flying objects." "This leads us with the unpleasant possibility of alien visitors to our planet," the 14-page chapter continues, "or at least alien controlled UFO's." According to the Academy text book: "If such beings are visiting the earth, two questions arise: (1) Why haven't they attempted to contact us officially, and (2) Why haven't there been accidents which would have revealed their presence? "Why no contact? That question is very easy to answer in any of several ways: (1) We may be the object of intensive sociological and psychological study. In such studies you usually avoid disturbing the test subjects' environment. (2) You do not contact a colony of ants - and humans may seem that way any aliens (variation: a zoo is fun to visit, but you don't `contact' the lizards). (3) Such contact may have already taken place secretly, and may have taken piece on a different plane of awareness - and we are not yet sensitive to communications on such a plane." In releasing this interview in The Lemoore Advance we are well aware that many readers will certainly "raise an eyebrow or two." But Major Kilpatrick insisted the above chapter in the text is not a fairy story. At the end he seemed to go along with the recommendations of the physics text book which advises Air Force officers as follows: "The best thing to do is to keep an open and skeptical mind - and not take an extreme position on any side of the question." "Introductory Space Science" closes the chapter with the wish expressed that renewed extensive investigation be given to the possibility of UFO's. This will require expenditure of a considerable sum of government funds, it explained, and in the present public attitude of scorn and ridicule whenever "UFO's" are mentioned, such possibility seems almost hopeless the chapter laments. As most people know, the Dr. Eugene U. Condon investigation was closed down by the Pentagon and no present official scientific investigation is now operating in this field. In 1966 we talked with six different Air Force pilots at Travis Air Force Base, who claimed to have seen UFO's but stated they did not dare report them for fear of extreme ridicule. At least in 1970 this Air Force attitude seems to have changed as indicated by Major Kilpatrick interview with The Advance. Lemoore's representative at the Colorado Springs Academy is Steve (Moon) Mullens, former basketball star on the Tiger team, and alumnus of Lemoore High. We are asking him his opinion of his science text's presentation of the so called UFO's.

In reference to your recent inquiry to the Air Force Academy concerning Unidentified Flying Objects (UFO's), the following facts are provided for your information. The subject of UFO's is examined briefly at the end of an Academy elective course, Physics 370, which usually attracts approximately 20 students per semester. The UFO subject falls under the course objective of discussing all observable or reported physical phenomena occurring from the surface of the sun to the surface of the planets. When the UFO subject was first included in the course, the subject served, from an academic point of view, to illustrate that when contradictory data are available, the best course is to keep an open mind and search for further data. The subject remains an excellent vehicle to discuss the implications and applications of many basic physical laws to "observed" phenomena. The source of recent news media stories concerning the study of UFO's at the Air Force Academy was an out-of-date chapter in the course text entitled "Introductory Space Science", a two-volume, 470-page unpublished work printed in a spiral notebook by the Academy for classroom use. The last chapter in the second volume was a 14-page chapter entitled "Unidentified Flying Objects". When this chapter was written and printed in 1968, the Air Force was still collecting reports of UFO sightings under Project Blue Book and sponsoring the investigation of UFO's by Dr. E. U. Condon of the University of Colorado. The Condon report was completed in early 1969 with the general conclusion that nothing has come from the study of UFO's in the past two decades that has added to scientific knowledge and that further extensive study of UFO's probably cannot be justified in the expectation that science will be advanced. "MAN'S FLIGHT THROUGH LIFE IS SUSTAINED BY THE POWER OF KNOWLEDGE"

Based on the conclusions of the Condon report and its own twenty-year UFO experience, the Air Force terminated Project Blue Book in December 1969 with this final statement, "As a result of investigating UFO reports since 1948, the conclusions of Project Blue Book are (1) no UFO reported, investigated, and evaluated by the Air Force has ever given any indication of threat to our national security; (2) there has been no evidence submitted or discovered by the Air Force that sightings categorized as 'unidentified' represent technological developments or principles beyond the range of present-day scientific knowledge; and (3) there has been no evidence indicating that sightings categorized as 'unidentified' are extraterrestrial vehicles." In light of these developments, the in-class content of the course was changed to present orally the conclusions of the Condon report and the reasons why the Air Force cancelled Project Blue Book. It was considered uneconomical to reprint the entire second volume for such a limited number of students until the fall of 1970. Beginning with the 1970 fall semester, a revised updated chapter entitled 'Unidentified Aerial Phenomena" has been substituted for the old chapter so that the text now follows the oral in-class presentation on this subject. For your further information we are enclosing a copy of (1) the old Chapter 33, which is no longer being used and (2) a copy of the new, current Chapter 33 now being used by students of Physics 370 beginning with this fall 1970 semester, I hope this letter clarifies your questions concerning the study and treatment of UFO's at the Air Force Academy, Sincerely /s/ James F Sunderman
James F Sunderman, Colonel, USAF 2 Atchs