Abbotsford, BC, Canada - 15-Dec-2013/ 5.00PM
I was letting the cat out on the balcony for fresh ear and her grass treat at this time and I was watching the moon over mountains and when I saw it- the UFO was going fast strait East, passing almost over our building, slightly on the right. I called my husband and ran in to grab my binocular. I quickly looked through the binocular and handed it to my husband, who came out and was talking at the same time on his phone. The object was well visible with naked eye, very bright, white-green, luminescent light. I left my husband outside with the binocular and grabbed my camera. After a few seconds I was making adjustments on my camera for night pictures and I made 9 of them, but not all were with good quality.
This was the third time we saw this kind of phenomenon/UFO and second time I was able to take a photo of it. The light we saw was neither a small plane nor helicopter, which usually fly at this height and I had photographed previously with my camera under the same conditions. They were clearly distinct. This object was not. The sky was clear, slightly cloudy. No strong winds. The brighter stars could be seen in the sky. With the binocular and through the display of camera, UFO was looking more like triangular shaped. It went under the closest cloud, because it was flying low and we lost sight of it when it passed through the second cloud. Please see the attached photos.
Svetlana
- - - - - - - - - -

Nova Scotia, Canada - 121213 10:30 PM AST
Last night I was recording the meteor showers and one clip four orbs flew by overhead with no sound. They appeared to be low from my viewing point.

The camera is a NightVision setup using my 50mm lens, P8075HP light intensifier tube and a bullet video camera to bring the video indoors to my PC. I have chosen Arcsoft Webcam Companion for capturing the video from the bullet cam.

Not a bad start with my new gear.

Ohare, Chicago, Illinois - Dec 12 2013
I recorded 2 videoed of a bright green red blinking object over ohare..Part 1 captures a helicopter that was observing for at least 10 mins prior of me starting recording since it took me time to get to the spot to start recording. Who knows how long it was observing before it took off. Pardon for shaking in some parts it's pretty cold in chicago. Taped at Arlington park il.

These mysterious objects actually move intelligently through the sky, at one point a triangle formation keeps a very solid structure while others tail behind, we hope for more footage in the coming days as there was others recording the scene as well! 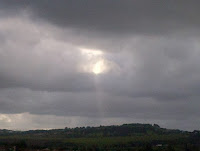 The light shining through the clouds on the picks lasted for about 20 min, it closed and reopened further in the cloud, I could not get a clear picture of that unfortunately 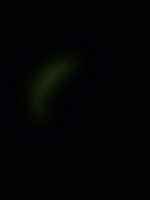 I was taking photos of venus + moon, when i got home i put them on my pc and of the 5 photos i took this 1 was this 1, I did not see this with my naked eyes when I was taking photos, I am truly baffled!
Richard


Ville LaSalle, Quebec - November 24,2013 6:40 p.m.
Hi, on November 24,2013 I was taking pictures of Venus in the southwestern sky from the front yard of my house in Ville LaSalle, Quebec a suburb of Montreal. This blue light anomaly and what seems to be an orb like object also were in the sky at the same time. I sending 4 pics so you get a better idea and see that I didn't tamper anything in. I enlarged the area in question for both. 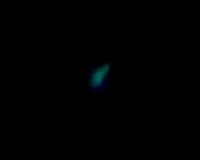 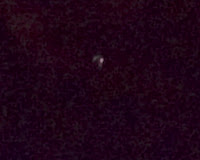 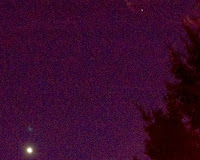 Antwerp, Belgium - 2013
Here are some of the best UFO's i filmed this year.
A small compilation
Filmed by UFOsightings2013
Youtube video link:
https://www.youtube.com/watch?v=xe7zpX_EGoY