We Are Not Alone - The Alien Implants


“Alien Implants” – Where did these things originated in? What is its purpose? And who are those responsible for placing these untraceable objects inside the human body? 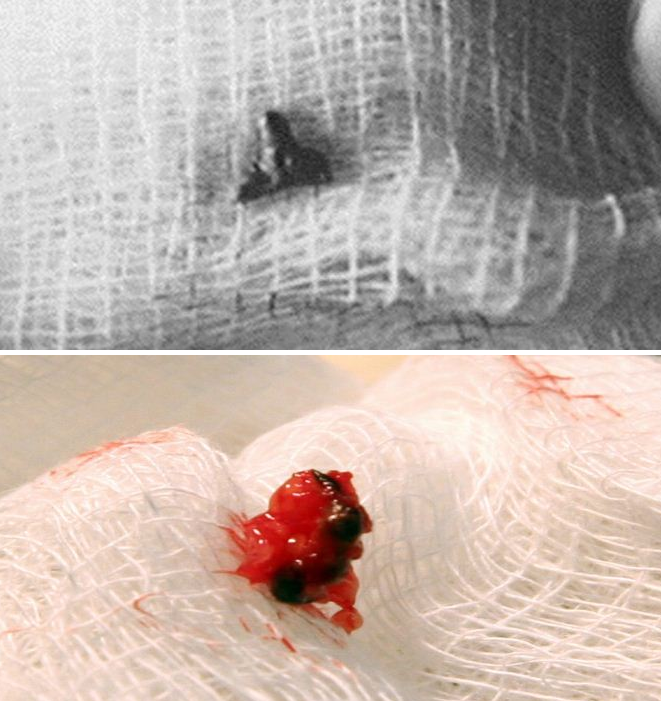 For the past years many people have been asking scientist Steve Colbern for answers but his expertise as a material scientist never gave them a conclusive answer.

Steve Colbern works with Dr. Roger Leir and a team who is specialists in locating, extracting, and studying alien implants. As soon as these mysterious objects are taken from a patient’s body, they conduct a series of tests to identify its properties and through these tests they unravel some of the many secrets that are related to these alien objects.

One thing that is certain, whoever implanted these objects intelligently knows so much about the human body. These tiny objects are successfully placed and stayed inside human tissue without the host feeling some discomfort or pain and surprisingly these objects are not easily detected. Some implants remain hidden inside the body even decades long before getting discovered.

Most alien implants are metal and many of these objects are regarded as tracking devices. The implants have a specialized carbon nano-tubes network that is deemed to emit radio signals. These sophisticated devices could be allowing the entities to hear and see the way the host body is hearing and seeing said Dr. Leir.

A recent patient of Colbern’s team is a 50 year old man. He said that he was abducted when he was only 10 in a camping, out in the forest. He remembers that the unknown beings inserted something in his left wrist. 40 years later he still has the alien implant until Dr. Leir and his team extracted it from him. The object was exceptionally unbreakable even diamond cutting tools could not break through. 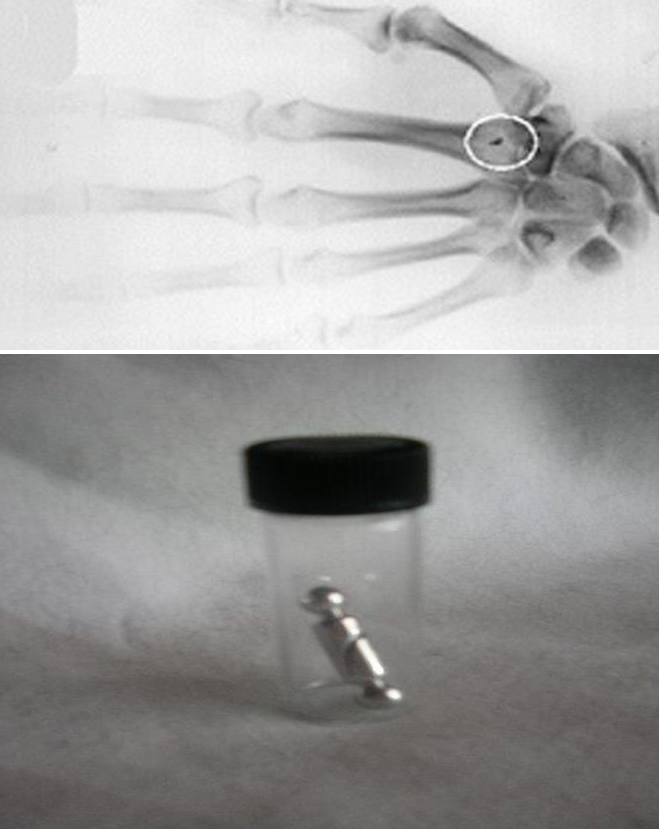 Presently Colbern is investigating on a dye found all over abductee’s body which remained in their skin for about a month. According to his observation, the dye is very difficult to wash off and it can only be seen through a special UV-ray lighting as it is invisible to the naked eye. Colbern suspected that the dye is some kind of marker to help aliens to monitor their human experiments.

There are more of these studies that Colbern and Dr. Leir is keeping for future research. They suggest that such cases must be taken seriously by people as it is a worldwide matter. Yes, we are alone in this world but alien objects that Colbern and Dr. Leir remove from multitude of patients are solid evidence, enough to tell that we are receiving visits from the unknown.