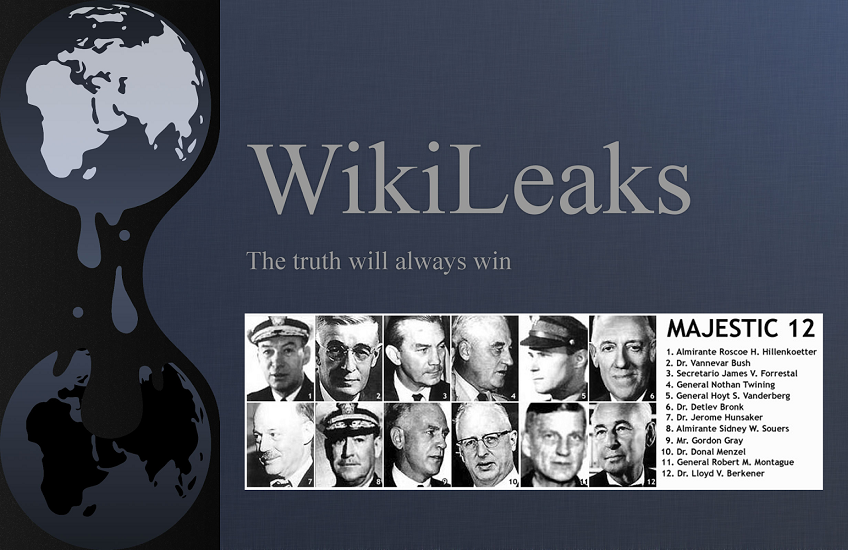 The Majestic 12 is a shady government organization which was formed by United States Former President Harry S. Truman. He signed a finding saying that “NO ONE” including the President of the United States is to be in possession of “ABOVE TOP SECRET” documents about UFO’s, extraterrestrial related finding and state secrets without a “NEED TO KNOW” clearance.

This implementation of President Truman was kept secret to the Congress and was hidden under the name “The National Security Act of 1947” which prohibits the disclosing of classified matters without presidential approval and prior agreement by the Department of Defense and the Central Intelligence Agency. This is in order to secure the knowledge of extraterrestrials and their technology and to prevent foreign countries from learning vital secrets and get an edge on the United States.

All the UFO and extraterrestrial knowledge and findings of projects under MJ-12 were limited only to those few selected personnel within the intelligence and scientific community and kept away from the public and even the president himself.

The only official study program that was widely open to the public was the CIA controlled program in 1953- Project BLUE BOOK. But the program was never used to reveal UFO findings instead it was used to debunk and discount extraterrestrial findings, deceiving the public leading them away from knowing the truth.

Dulles forwarded Kennedy’s request that obviously did not have the “NEED TO KNOW” clearance to James Angleton who is the CIA Director of Central/Counter Intelligence (DCI) in thinking that Angleton was the right man to deal with Kennedy’s demand for consideration and feedback. But Dulles actions were unacceptable and his cordial relationship with CIA fell short. The signed explicit instructions in the September 24, 1947 Truman directive was clear that such disclosures to a chief executive who did not have a “need to know” clearance will compromise the CIA and the costly UFO programs that is under MJ-12’s control.

According to the leaked DCI Top Secret Majestic-12 documents, the MJ-12 included spin-off projects that were equally sensitive activities of the CIA such as Project, PARASITE, PARHELION, ENVIRO, PSYOP, GREEN, SPIKE, and HOUSE CLEANING. Other sensitive and covert programs of MJ-12 also include Project MK ULTRA, ARTICHOKE, and DOMESTIC.

The full Implication of the above projects are still not clear today but it is obvious that other projects were held in readiness for some kind of mass indoctrination and deception in a national crisis event.
Fonte