Has Alien Life Already Been Found? Five Scientist Who Think So

No one has convinced everyone in the scientific community that extraterrestrial life exists. But almost since space exploration began, research has emerged that seemed to show signs of life on meteorites or on Mars.

Several NASA astrobiologists and other researchers have said they found compelling evidence of alien life. Here’s a look at five studies. 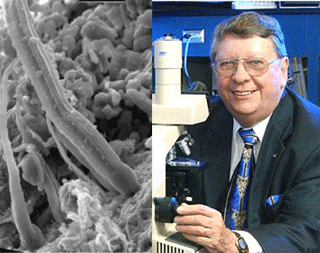 NASA astrobiologist Richard Hoover, who has said he's found what could be evidence of extraterrestrial life. (NASA)

In a post on the NASA website in 2007, Hoover wrote: “It is concluded that the well-preserved, fossilized filaments and dense mats found in Orgueil [meteorite] represent the remains of a complex aquatic and benthic cyanobacterial mat community that grew on the parent body of the meteorite prior to entry into Earth’s atmosphere.”

Skeptics said Hoover’s study was questionable, because cyanobacteria live in water and require sunlight to grow—conditions unlikely on comets. 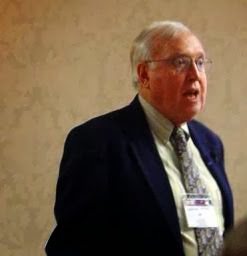 In 1996, chief astrobiologist for NASA David McKay, announced the discovery of microscopic life from Mars. Bill Clinton lauded the discovery and it received much publicity before being called into question. With new technology, however, NASA researchers found evidence in 2011 to further support McKay’s theory.


“We feel more confident than ever that Mars probably once was, and maybe still is, home to life,” McKay said at a 2011 NASA-sponsored conference on astrobiology, according to the Daily Galaxy.

In 1996, McKay had argued that methane and other materials found on the meteorite were likely produced by microorganisms. Others argued that the materials may have been produced by either heating or shock decomposition of inorganic matter.

The NASA team tested these hypotheses and concluded that the magnetites most likely could not have been produced in these ways. The theory that they were produced by living beings is still makes the strongest case. 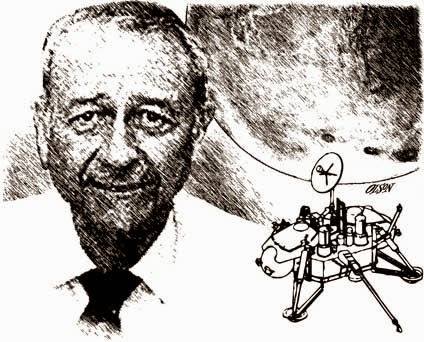 In 1976, Viking Mars landers seemed to find living microorganisms in the planet’s soil. Gilbert Levin developed a “labeled-release” experiment for NASA. Here’s how it worked, as detailed by John Hopkins University magazine:

1. The landers scooped up Martian soil.
2. The soil was sealed in a box with a radiation detector to measure the base radiation.
3. Nutrients were injected into the soil in doses. The assumption was, if the soil contained microorganisms and those microorganisms were similar to Earth’s, they would take in the nutrients and respirate, which would be picked up by the radiation detector.
4. As a control, another soil sample was taken and heated to a level that would kill any microorganisms; the same process was applied to that sample.
5. Levin said the difference in radiation between the two samples would show whether there was life on Mars.
6. The test indeed showed emissions from the soil that suggested life, while the heated sample showed an absence of those emissions.

NASA conducted another experiment with a different method developed by MIT that didn’t show life in the soil. That test used a gas chromatograph-mass spectrometer (GC-MS), and failed to detect organic compounds, meaning the soil could not contain life as we understand it on Earth.

NASA said Levin’s experiment must have been inaccurate—that a chemical difference in the soil must have accounted for the results. Though Levin publicly stated that further research was needed and it may have been that the soil somehow mimicked biological respiration, he was privately convinced that only biology (and not chemistry) could account for the Viking lander test results.

In 2002, Levin told John Hopkins magazine that he remains convinced the experiment found life on Mars in 1976.

A sampling device launched into the Earth’s stratosphere by U.K. researchers in July 2013 came back with
what they say is evidence of alien life transported on comets.

A report published in the Journal of Cosmology by the University of Sheffield researchers states the device brought back biological entities “too large to have been carried from Earth.”

“As a result, we conclude that the biological entities arrived from space, probably from comets.”

The device also brought back three biological entities unlike anything seen before. One is described as a “flat sculptured surface which appears like a cell.” Another is a “shield-like structure.” And another is “a long tube-like structure possessing a fibre-like interior.”

The Journal of Cosmology has been criticized by some skeptics. The journal describes itself as a peer-reviewed publication established with “an editorial policy unlike all other scientific journals, which was an openness to all scientific ideas even those which the editors disagreed with and those which challenged the cherished idols of the status quo.” Its editor-in-chief is Harvard-Smithsonian astrophysicist Dr. Rudolf Schild.


One of the elements found in the stratosphere as described above resembles a red rain cell, according to the University of Sheffield researchers’ report. Red rain cells have also been the subject of a controversial study claiming evidence of alien life.

In 2001, it was attributed to “colored lichen-forming algal spores of local origin” by India’s Centre for Earth Science Studies.

In 2003, it was attributed by scientists at the Vikram Sarabhai Space Centre to a colored dust cloud that had traveled to India from the Persian Gulf, according to a Times of India article from that time.

In 2006, Santhosh Kumar and Godfrey Louis, both physicists at the Mahatma Gandhi University in Kerala, suggested a link between the red-colored particles and a meteor airburst event.

They found biological cells in the rain; the cells, they said, strangely had no DNA. They argued for the possibility of extraterrestrial origin from cometary fragments.